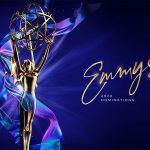 The 2020 Emmy Nominations for the 72nd Primetime Emmy Awards has been announced on Tuesday. The Television Academy has made the announcement for this year today. This year, the renowned Netfilx has earned the top position for the most nominations in a year for the 2020 Emmy Awards. It has scored one hundred and sixty […]